Ludvik (also Ludwig, Ludevico) Stanič was born on September 8, 1879 in the village of Gorenje Polje, Slovenia to Anton Stanič and Marija Goljevšček.

Gorenje Polje is located along the Soča River approximately one mile southwest of the town of Kanal and 10 miles north of the city of Nova Gorica in western Slovenia near Italy.

In the spring of 1907, Ludvik and his brother, Anton, left their home for the Land of Opportunity. They traveled to Trieste, Italy, and from there, on March 28, 1907, they sailed aboard the S.S. Francesca for the new world. 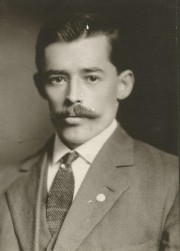 Anton was 38 years old, married, a laborer, able to read and write, in possession of $20. He was 5 feet 7 inches tall, of fair complexion, and had brown hair and eyes.

The two men had tickets (paid by them) for their final destination in the USA – Indianapolis, Indiana, where they were going to join their friend, Franc Fintar, residing at 730 Warman Avenue.

In America Ludvik changed the spelling of his last name from Stanič to Stanich, most likely, in order to preserve its correct pronunciation.

According to the 1910 United States Federal Census enumerated on April 19, 1910, Ludvik Stanich was still single and worked as a molder at a foundry in Indianapolis. He was one of six boarders living with the Mulfreda family at 740 Warman Avenue, Haughville, Indianapolis.

According to the 1930 U.S. Census records, Karolina immigrated to the United States in 1908. 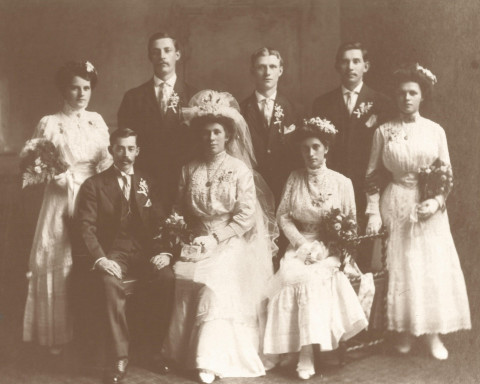 Ludvik and Karolina had ten children, all born in the United States: 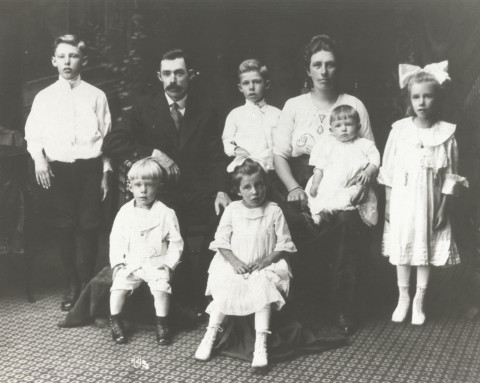 Ludvik and Karolina’s first child, Ludvik (Luke) Alexander Stanich, was born on August 30, 1911. He was baptized on September 10, 1911. At that time the family resided at 768 Dawning (Downing) Ave, Indianapolis.

Alphons (also Alphonsum Cyrillium) Stanich was born on July 6, 1918 and baptized on July 28, 1918. At the time of his birth the family lived at 765 Holmes Avenue, Indianapolis.

According to Ludvik and Karolina’s granddaughter, Mary Elizabeth Stanich (Mauser), Ludvik was a skinny man of short stature, and his wife towered over him. She had solid hips. Ludvik spoke very broken English, thus he did not communicate much with his grandchildren.

According to the World War I Draft Registration Card dated September 12, 1918, Ludvik Stanich and his wife, Carolina, resided at 765 N. Holmes Avenue, Indianapolis. Ludvik was a naturalized US citizen. He was a molder at an Indianapolis Foundry (Harding and Big Four R.R.).

In Indianapolis Ludvik made his own wine from cherries. During the prohibition he involved his children in the bootlegging process since cops would not suspect them.

According to Ludvik’s granddaughter, Mary Elizabeth Stanich (Mauser), Ludvik played the organ in the Holy Trinity Church and he was in charge of ringing the church bells.

According to the 1930 United States Federal Census enumerated on April 4, 1930, the Stanich family, consisting of 12 members, resided at 765 Holmes Avenue, Indianapolis. They lived in a $6,000 home they owned (not rented). At that time Ludvik and Karolina were already naturalized U.S. citizens and they were able to speak English. Ludvik’s occupation: molder. Industry: Iron work.

According to the World War II Draft Registration Card dated 1942, Ludvik Stanich and his wife, Caroline, resided at 765 N. Holmes Avenue, Indianapolis. Their phone number was: BE. 0846 R. The 62 year old Ludvik was unable to work at the foundry due to illness, thus he worked as a self-employed carpenter.