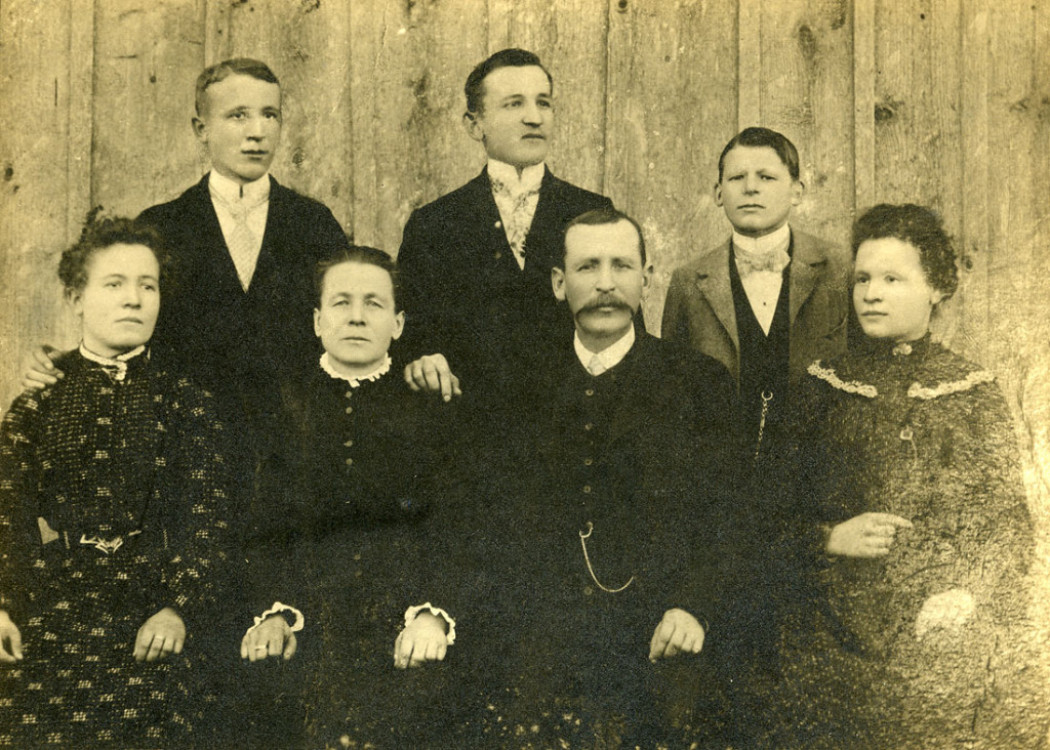 Marija Šmajdek was born on June 29, 1855 in Novo Mesto-Šmihel parish. Marija’s parents, Franz Šmajdek and Marija Staniša, married in 1854 and lived in Regrča vas. She was christened the same day.

Mitochondrial DNA or mtDNA Haplogroup H. About one-half of all Europeans are haplogroup H, which is also common in North Africa and the Middle East. Even on the edges of its vast distribution range, in northern India and central Asia, it is seen in 5 to 10 percent of those tested.

Before getting married Marija was a "Bauerstochter" or a "farmer’s daughter" and she resided in the town of Regrča vas, in house No. 9.

Franciscus (25) and Marija (23) married on January 19, 1879 in Novo Mesto-Šmihel parish. After marriage they lived in the town of Škrjanče pri Novem mestu (Škrjanče by Novo Mesto) in house No. 10. Franciscus’ status changed from a "Grundbesitzerssohn" to a "¼ Hübler".

Frank and Marija owned Gostilna na Hribu (Inn on the Hill). That property is still managed by the Mervar descendents. 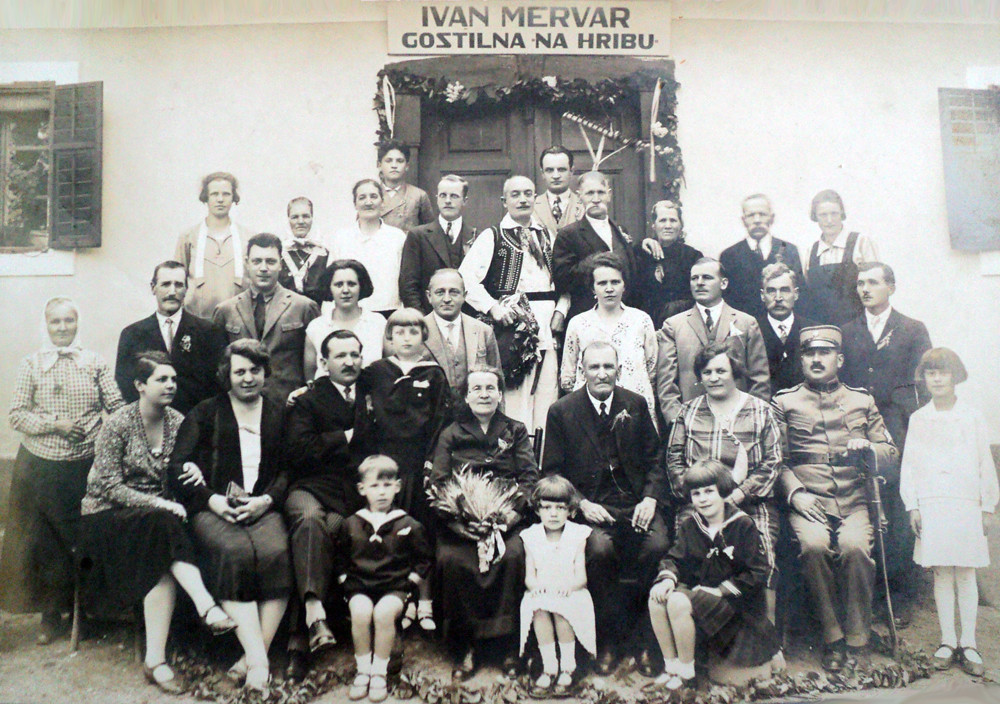 Franciscus and Marija’s children in the village of Škrjanče, Slovenia:

Note that all children, with the exception of Frank Mervar, were born in the village of Škrjanče. Frank was born in the town of Regrča vas, more than two years before Franciscus and Marija Mervar married. Perhaps they lived together or perhaps Frank was from a different father, who died. 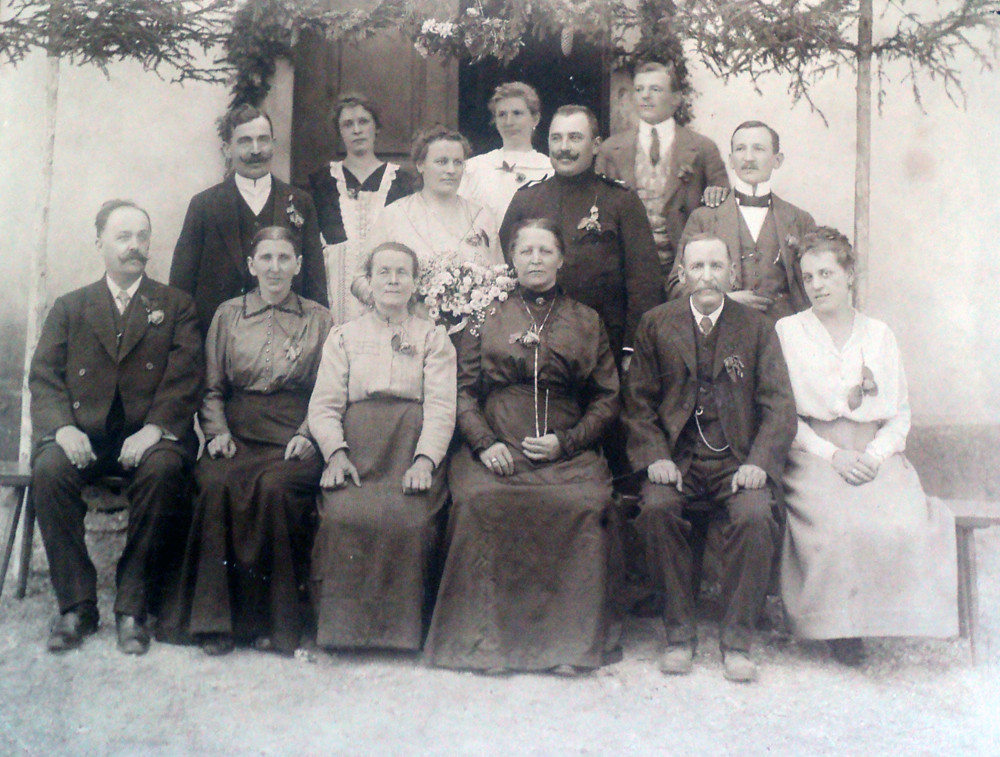 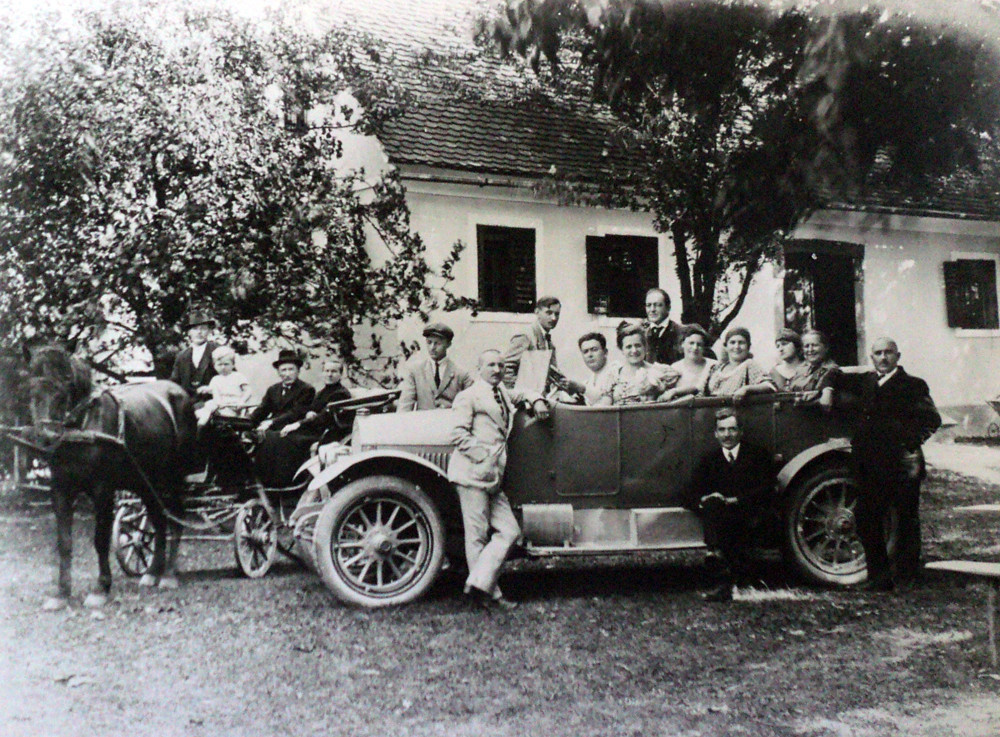 Franciscus and Marija on the horse caridge, Gostilna na Hribu